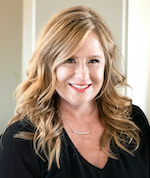 Ashlea Boyer is a native of Pismo Beach, having moved here from South Lake Tahoe when she was just four years old. An alumni of Arroyo Grande High School, she then attended the University of California at Santa Barbara, graduating with a degree in English Literature. After college, she spent nearly ten successful years working her way up to Managing Editor of a national fitness magazine in Southern California, working for two of the three largest West Coast publishing houses, followed by Web Content Editor for the Portland Business Journal.

Ashlea returned to the Central Coast for her wedding and stayed to raise a family. She joined the family business in 2003 and began leading the Pismo Beach Homes team with her Mother, Kathi Foster. Ashlea has been a leading real estate agent in the Pismo Beach area for 16 years, and has developed a strong client following in the area based on her dedication to our community and outstanding customer service. Our team, the Pismo Beach Homes team, has been awarded the Platinum level awards consistently over the past 10 years with Keller Williams Realty. Ashlea has been named the "Agent of the Quarter" more than once.

In 2015 Ashlea was selected as the Cultural Ambassador for the Keller Williams Realty's Central Southern California Region.

In 2011, Ashlea was presented with the "Top 20 Under 40" award by the San Luis Obispo County Community Foundation for her professional excellence and profound commitment to the community.

Ashlea lives in Arroyo Grande, California with her husband, Michael Boyer, and son, Jack Boyer. She enjoys running on the beach, volunteering, yoga, snowboarding and the occasional scuba diving. She's active in many industry, community service and non-profit organizations and serves on the board of the Rotary Club of Pismo Beach, the Clark Center for the Performing Arts, and the Associate Leadership Council (ALC) for Keller Williams Realty Central Coast.